"We were on the news... *dramatic pause* and it was not because we did something bad!"

FOX 13 NEWS "THE FUTURE OF GAMING"

Our game studio, Artix Entertainment, was featured on the FOX 31 news. The segment was picked up by other stations and aired in cities across the nation. 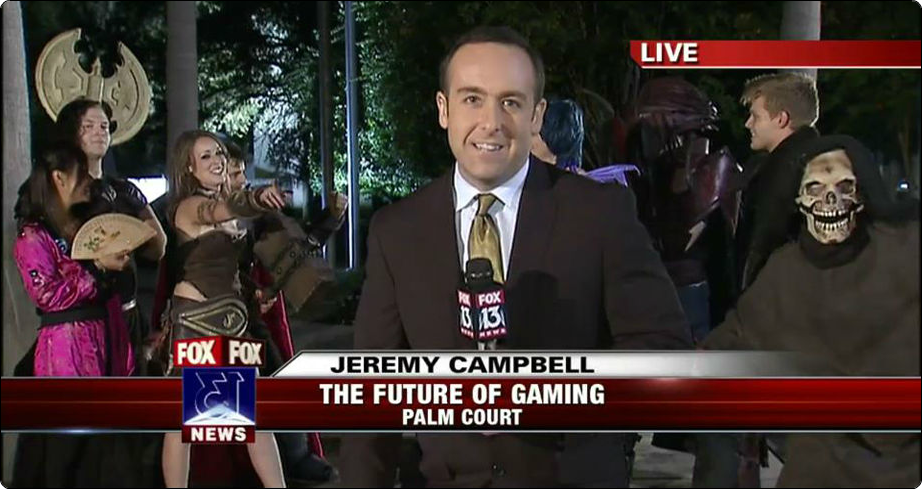 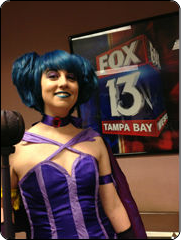 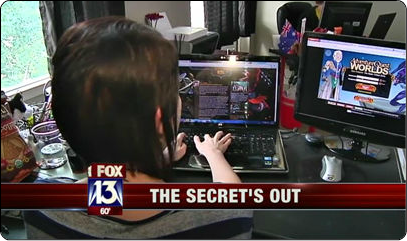 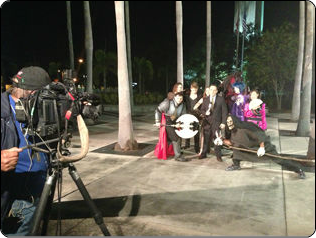 The best part about this broadcast was the LIVE part! We choreographed some quick fight scenes that we did live on TV while Jeremy Campbell told viewers the segment was coming up. Unfortunately, most of our jump spinning kicks were hidden behind the announcer -- but it was so much fun. Once the segment aired, our phone rang non-stop. 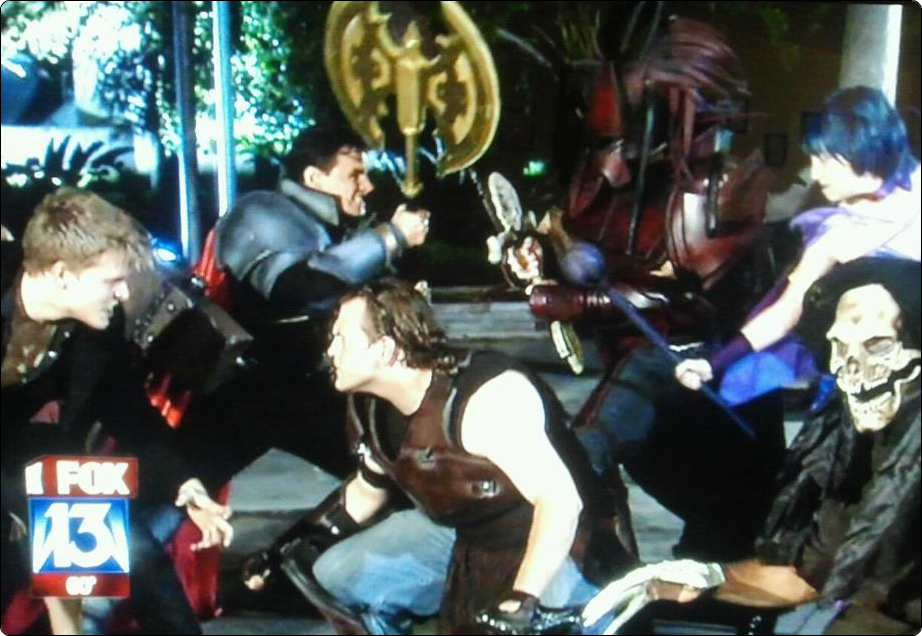 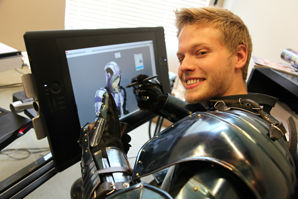 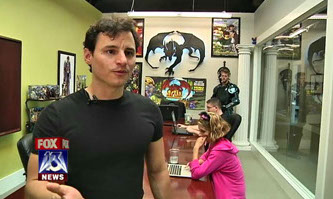 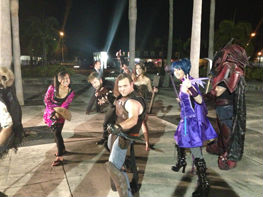 We had another awesome news segment done on us. It is still... *coughs*... stuck on my DVR. So, until I uncover the footage, here is a shot from the shoot where they are playing the camera VERY HIGH in front of a mountain of our action figures. 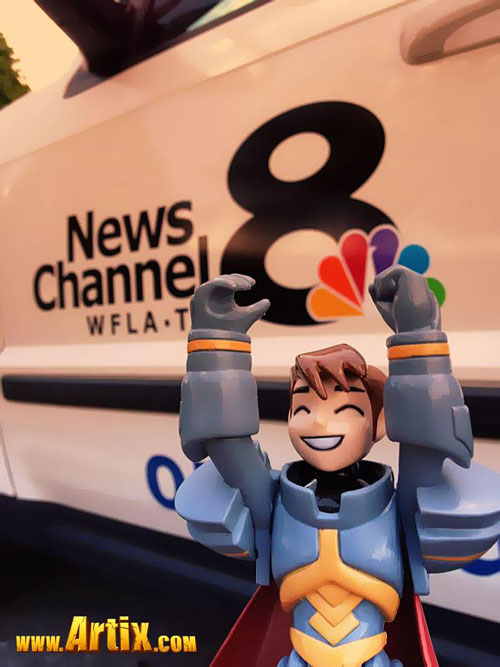 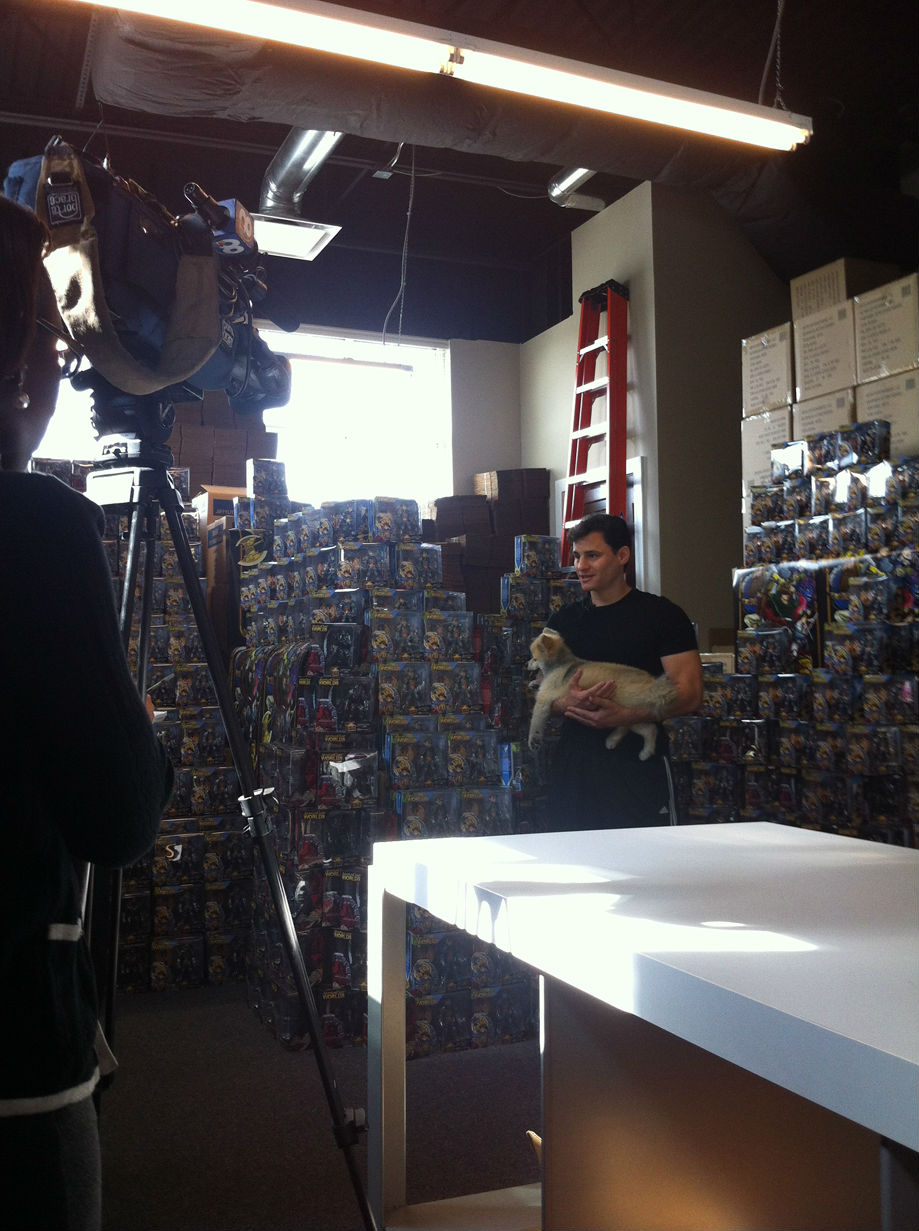 With all of the buzz of the Republican National Convention n Tampa, the TampaBay Partnership put together a live show called Stageworks.  I was invited to join other local business owners about things our studios/companies are doing. It really helped shine a spotlight on the Tampa area. Also, clips from this were shown on the news later that night. (Note: I only found out about that because someone called me to tell me they saw me on the news.) 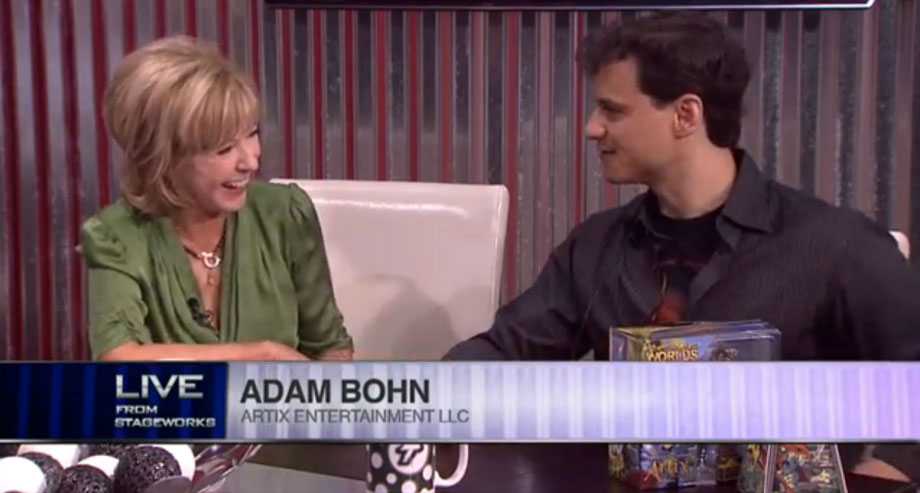 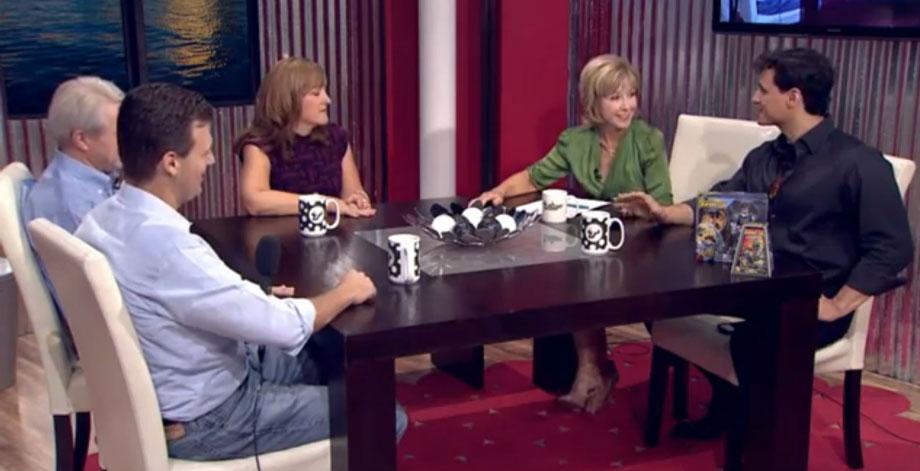 Everyone expected me to show up wearing armor. Had I known this... I would have done it in a heartbeat. Every time I talked about wearing one of the suits, everyone warned me that security was ultra tight during the RNC and if I started walking around downtown Tampa in my full armor, it might make people twitchy. I was also advised to wear a dress shirt... but you can see I snuck my Artix Entertainment T-shirt under it. Not that I needed to... I PUT MY TOYS ALL OVER THE TABLE! 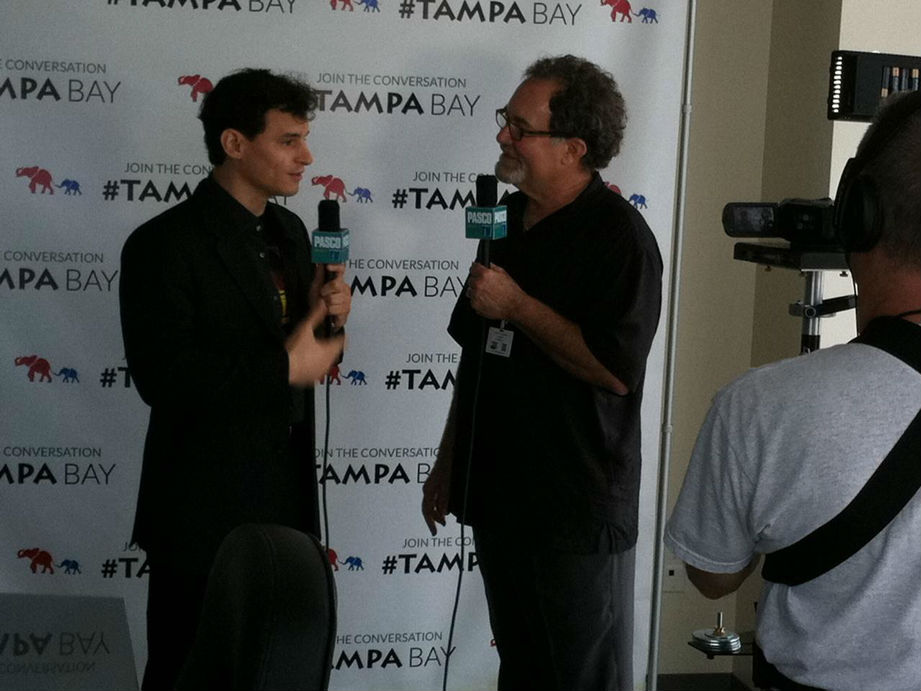 Right after, I got a tour of their uplink facility which was a few floors above us. It was amazing! Also, most of the tech crew were fans of AdventureQuest and DragonFable. So they let me play with all their crazy skynet-like twitter monitoring tools. Then, I ran into Bobby Rocket who was doing interviews in the next room. He calls me a "freak-a-zioid." Is that a good thing?