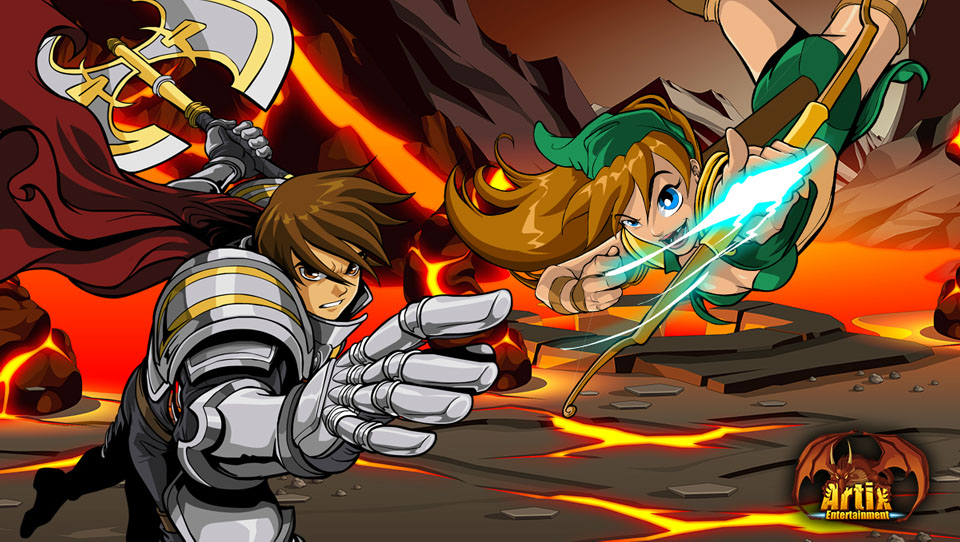 The Legend of Daimyo

Once upon a time there was a feudal lord from a great Eastern Kingdom. He battled an evil Witch, who cursed him into the form of an adorable puppy. While undertaking the perilous quest to return to normal, he befriended and became the faithful companion of the Paladin, Artix. No one knows Daimyo's secret or what quest is required to return to normal. Mostly because every time he tries to speak it comes out as cheerfully high pitched, "Arf!" 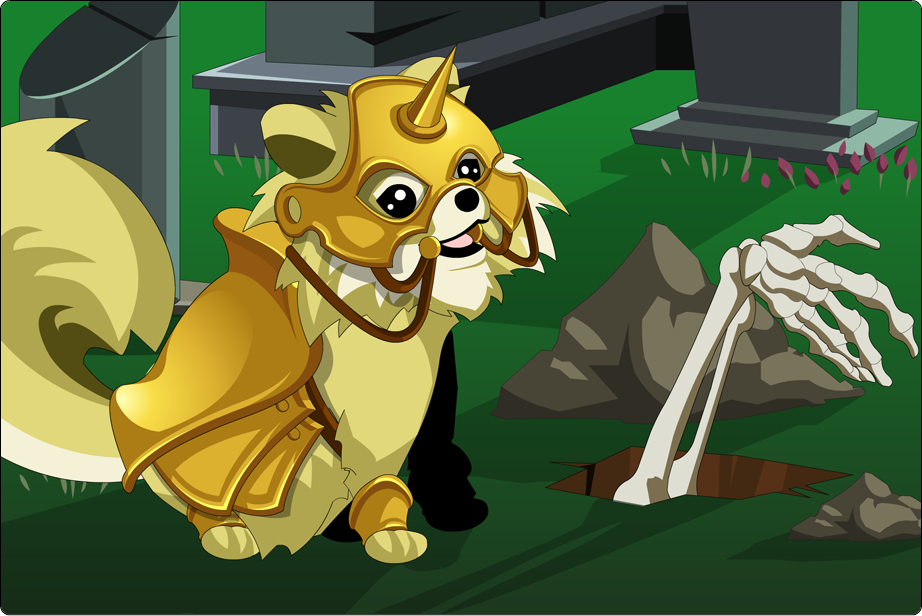 In real life, Daimyo has been faithfully by my side since I started creating the original AdventureQuest. The story of how Daimyo came into my life is perhaps closer to the Legend... but the first time he looked up at me with those puppy eyes, he pierced my soul.  We both knew we were about to start an incredible adventure. He was named after the Martial Arts school. The school later changed its name to Premier Martial Arts and then KMMA, leaving him the one and only "Daimyo" in town. I tried training him on dance dance revolution style video games, but hunting the evil undead (and the occasional car) on our walks was more his forte.

Hero: "What's that Daimyo? Artix fell down a well?" 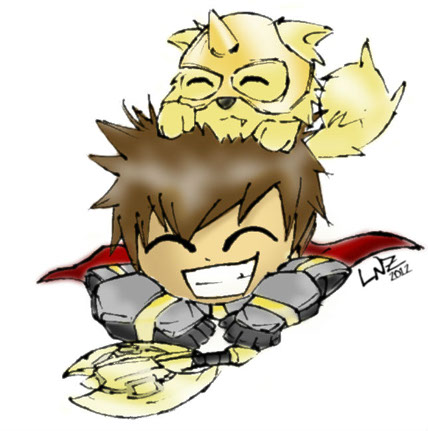 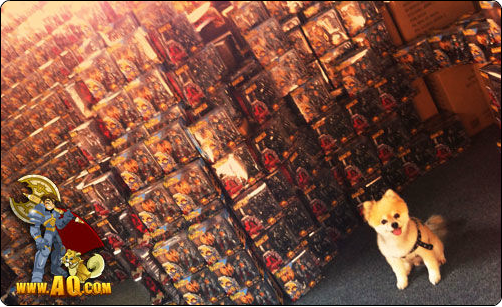 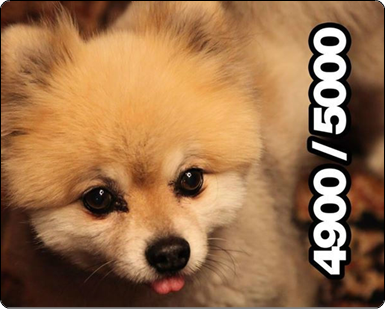 Daimyo is well known to the players of AE video games. He appears frequently in our video games, in the card game, and on the packaging of our toys. He took out a skeleton in the Card Game Commercial, and also appeared with me on the ABC news broadcast (although, it sure looked like he was trying to play dead while I was holding him.)  He has his own special card in the card game. Once per turn you can give him the command "fetch" and he will destroy another player's undead pet card. He is featured on the side of Artix's action figure box. 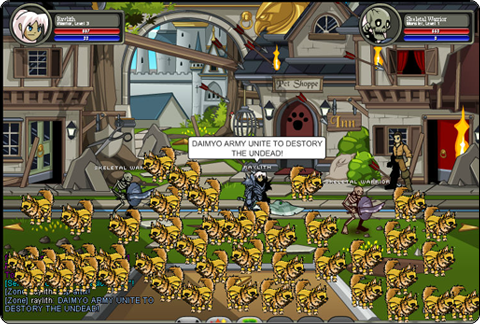 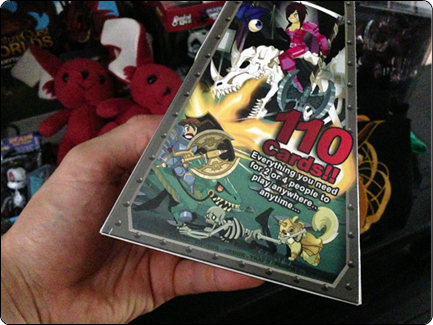 Get him on his Birthday!

Each year on his birthday, June 1st, players can buy him inside our games as a pet (one day only). This started in the first game, and has become a yearly tradition. Rare pet collectors get pretty crazy over his release as our artists give him a new outfit every year (Vampire, Derp, DoomKnight, Dage's Legion and more). The goal is to collect them all. 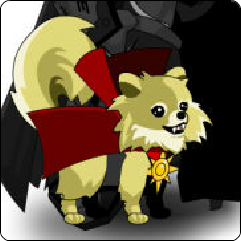 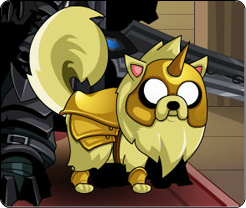 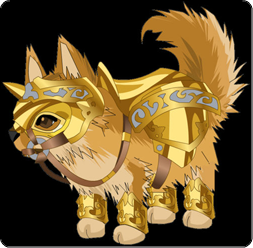 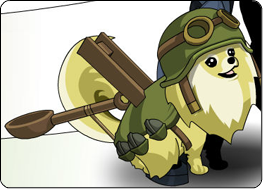 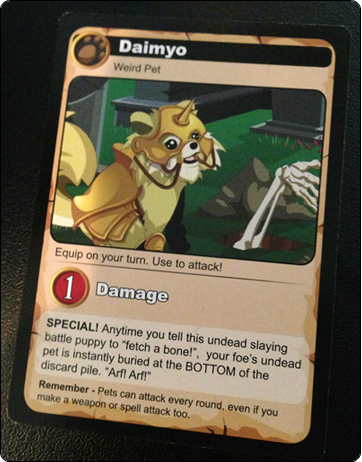 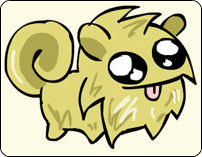 Follow Daimyo's facebook page and send him a comment and he will give you an enthusiastic reply full of wisdom and insight. Of course, it will probably just appear to you as, "Arf!" 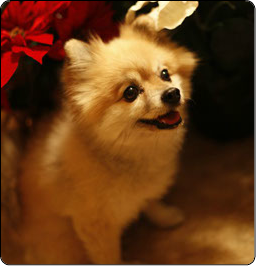 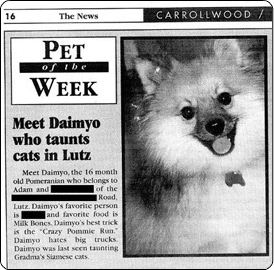 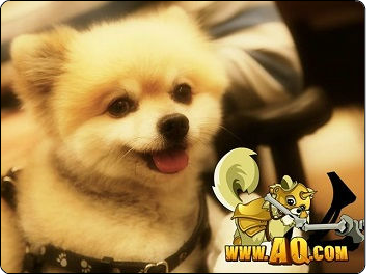 ARF! (Translation: Back to Events and Stories)